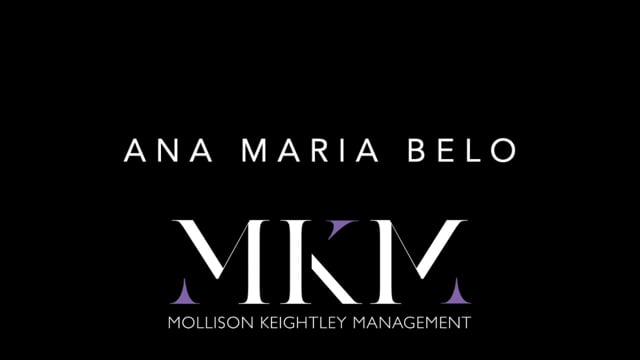 Ana Maria Belo is one of Australia’s most versatile performers, having graced most of our stages and screens – small, large, independent and mainstream. Ana Maria is deaf and the proud ambassador for the Shepherd centre that teaches deaf children to listen. She graduated as an actor from NIDA in 1998. She made her splash into the industry by starring in hit musicals such as FAME and HAIR in which she was nominated for a Green Room award. She was also nominated for the Sydney Theatre Critics Award for her performance in Tribes at Ensemble in 2016 where she bravely shared her deafness journey with the rest of the world.

In the UK she appeared in ACCORDING TO BEX and LIFE BEGINS.

Ana Maria has appeared in the feature films A COLD SUMMER, THE CASTING GAME, THE BOOK OF REVELATION and the first feature film using Auslan, UNSOUND.

Ana Maria is also a filmmaker and has produced/written/directed the short films, THINGS TO DO, MAGIC WORDS, and THE KID’S TABLE. She also created her own web series REAL TINDER NIGHTMARES.

She won the Women in film award at Tropfest in 2011 for THINGS TO DO.

Ana Maria has always had an affinity with directing children and has now become a trusted child acting coach on many projects, from major ad campaigns to feature films.