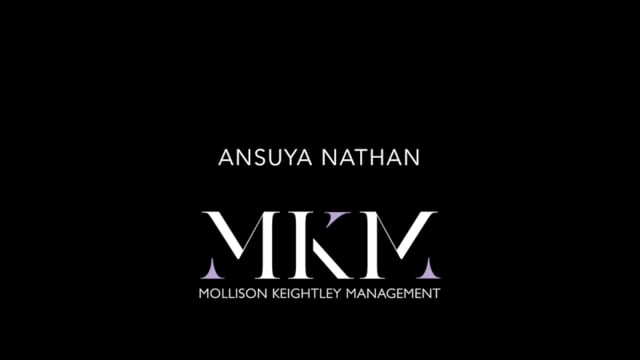 Ansuya trained as an actor at NIDA at the turn of the century and has since studied and worked in Australia, New Zealand, the UK and the United States. Not particularly good at waiting around for acting gigs after drama school, she was company producer and co-Artistic Director of Tamarama Rock Surfers – the resident independent theatre company at the Old Fitzroy Theatre in Sydney. Her time developing new Australian work there has helped her cultivate an innate sense of story and structure, which she is now applying to the screen. Her interest as a creator lies in taking the familiar –genres, narrative styles and character tropes – and infusing it with her ‘otherness’, whether that be her Indian culture, female perspective, Australian sensibility, or all three.

She wrote and performed Long Live the King, a Stage Award nominated solo show for the Edinburgh Fringe. It’s kinda sorta the story of her parents’ migration and the death of Elvis Presley and she is figuring out how best to adapt it for television.

Ansuya worked with a pair of absurdist WAAPA grads to develop their musical comedy A Porthole into the Minds of the Vanquished which toured Australia and had successful seasons at the Edinburgh Fringe and Soho Theatre. This led her to direct and dramaturge some of your favourite comediennes’ festival shows including Claire Hooper and Hannah Gadsby.

She ran away to London and joined the circus! Well, stage managed La Clique on the West End during its Olivier Award winning run. She stayed as long as the Queen would have her before moving to The States. There she produced and hosted a podcast called Another Aussie in LA (with the support of Australians in Film), which was really an excuse to chat with her more famous mates and get them to explain the City of Angels to her.

Ansuya’s writing career began at age six when she wrote a Return of the Jedi picture book for her baby brother. Now she writes really dark genre features with her husband but likes to keep her personal oeuvre light – a comedy about consent, anyone? She is about to release her web series The Art of Keeping It Casual and is suitably terrified…

Ansuya is a recipient of the SBS Emerging Writers Incubator program 2021-2022.

“Ansuya Nathan has written and performs a remarkable one-woman show. It is at turns hilarious, moving, musical, deeply sad and ultimately joyous" - Long Live The King

“(A) funny, emotional and utterly heartfelt one-woman show… A stunning piece of work. MUST SEE! ”
- The Stage