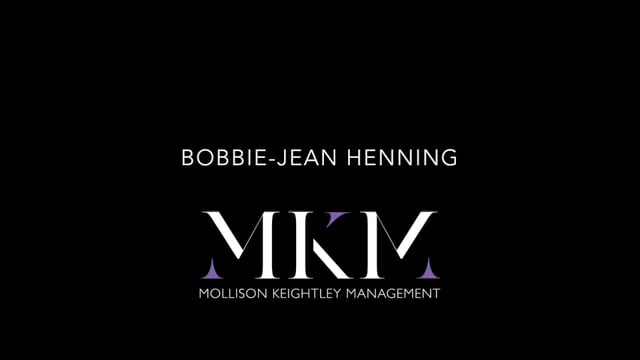 Bobbie-Jean Henning is an actor, singer and creative who works across theatre, screen, cabaret and music theatre.

After graduating from WAAPA she created two solo shows; Tales of a Time Travelling Songstress and All Hail Me: King Henry VIII which she has performed nationally. Bobbie-Jean will soon go into production for Screen Australia funded short form comedy, The Power of the Dream, which she co-created, wrote and will star in. With cocreator, Alexandra Keddie, she has received funding from ABC’s Fresh Start Fund to develop their comedy series Spread Your Wings, a heart-warming look at a community musical theatre society.

Bobbie-Jean is a founding member of Edgeware Forum Theatre Company and has been involved in a variety of developments for new works with Bondi Feast’s 24 Hour Play Party, Kings Cross Theatre, Griffin Theatre’s Scratch Night and The Lysicrates Prize. She has script edited for short film You, Me and Him, and been the dramaturg for cabaret Udderly Fabulous and is an emerging director.

Bobbie loves to write with a sense of theatricality, charm, feminism and hope. She currently has a slate of projects in development including a musical comedy series about gendering, an absurdist series about taking justice into your own hands and a satirical cabaret about morning shows and the wrath of ageism.

'Henning is a master storyteller, with an astonishing voice. If this is her debut production, then she is definitely a future star to keep both eyes on. '
★★★★★ – Scenstr

‘(...) vocal prowess only matched by the way in which she commands the room with her infectious energy... brilliant, intelligent and commanding."
– TAGG