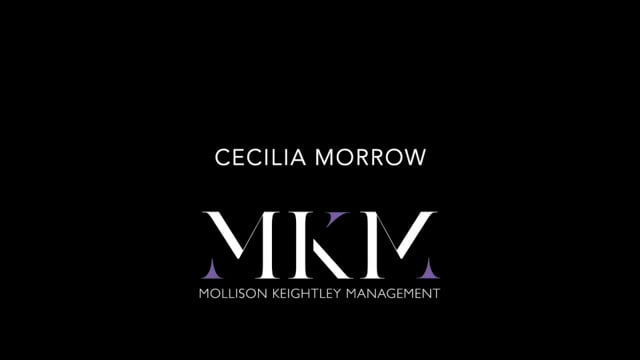 Cecilia is a graduate of Actors Centre Australia.  She has developed and written a black comedy series and pilot called ‘Finding Happy’ which follows the character of Eve on a journey through her mental health and pursuit of happiness. She recently collaborated with Director Stef Smith and Photoplay Films who included her writing, and character of Eve, in the short form series –  ‘It’s Fine, I’m Fine’ which has been chosen as an Official Selection for the Short Form Competition at CanneSeries 2022.  She is currently writing another comedy series, screen play and short form piece.

"...Cecilia Morrow is powerful as Jude, with an excellent sense of conviction that befits the role’s very appealing dauntlessness..."
- Suzy Go See

"Cecilia Morrow ... are effective in the show, both infectious with their zeal and conviction."
- Suzy Go See

"Morrow presents the maid with a vibrancy and playfulness as she aspires to be something more, craving attention as she goes unnoticed and unappreciated by the family. "
- Broadway World