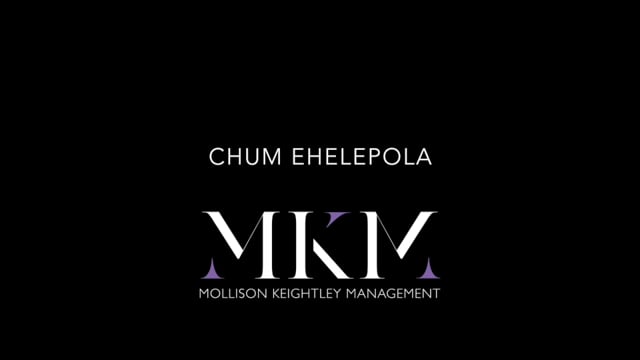 Having walked away from an engineering career to follow his passion for acting, Chum has become a successful actor. He is currently a core cast member of Disney + epic, Nautilus and was a lead role in the tent pole studio mega film, Mulan for Disney. He is also a core cast member of the 2021 AACTA award winner for best drama The Newsreader and the ABC AACTA best comedy nominated show Preppers. He has appeared in award winning shows such as Stateless (ABC), Lady Dynamite (Netflix), Moody Christmas (ABC and also on FOX in the US), Dr Dr (Channel 9), No Activity (Stan) and Paul Giamatti’s Lodge 49(AMC). Other credits include  20th Century Fox series Bones, Sony Studios Sequestered, ABC’s Redfern Now and RAKE.

A passionate advocate for diverse storytelling, in 2016, Chum was selected to be part of a panel discussion with US network TV execs at the SAG Foundation in LA, as a representative of the ABC (US) program on cultural diversity programs within the networks hosted by Adam Moore, head of diversity SAG-AFTRA. This took place with a live audience, and was live-streamed around the US, Australia and New Zealand. His writing scene “Duende” was selected for 2015 ABC USA Diversity showcase, Los Angeles and New York showcase. Chum works closely with MEAA on their diversity showcase.

Other TV credits include:  The Straits playing the lovable rogue, Joseph;  A Moody Christmas, Sea Patrol, Laid, All Saints, Double Take, Comedy Inc and the critically acclaimed The Surgeon. For Sri Lankan television he also starred in one of the top rating TV shows Devi. Chum has performed in numerous films that have had the honour of playing at festivals such as Cannes, Sundance, Sydney FF to name a few.

Chum has worked with Jungle Entertainment in the development of a new show. He has developed with Scooter Braun Productions, creators of FX’s number 1 show, Dave. Previously developed projects in the US with Jim Parsons and Eric Norsoph at That’s Wonderful Productions (Big Bang Theory, Young Sheldon), Renate Radford at Elizabeth Banks’ Brownstone Productions (Pitch Perfect) and Max Broude (Arrested Development) at Sarah Silverman’s Jash Media. He has co-written and developed projects with Jaffar Mahmoud EP of Young Sheldon and is currently writing a feature film in development in conjunction with Goalpost Pictures in association with ScreenWest.