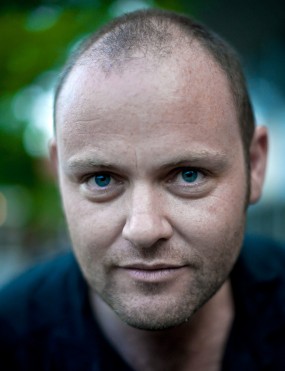 Daniel has worked in Australia, the UK and US as a theatre director, producer and artistic director.

Daniel directed and produced, My Name is Rachel Corrie at The Adelaide Fringe and the subsequent season at fortyfivedownstairs, which was named in the top 5 theatre productions of 2010 in The Age. He directed and produced John Clancy’s The Event in Adelaide, Melbourne and Sydney in 2010 also. In 2009 for Adelaide’s Feast (Queer Arts and Cultural) Festival he directed Like it Is and Journeys’ Made.

He was the Artistic Director of Feast in 2007 and 2008, delivering two of the most successful festivals in the organisation’s history, winning the prestigious Arts SA Ruby Award for Community Impact. Daniel toured international Feast acts, including Taylor Mac, Lea Delaria and Topping and Butch to Melbourne as well as a season of South Australian work as part of Feast in Four Courses.

Directing credits include, The Helpmann Academy’s Maestros and Apprentices Glamour on The High Seas event, David Ives’s Its All In The Timing (Adelaide College of the Arts), Conflict Under an Australian Quilt for Brink Productions’ Gorge at the Adelaide Festival Centre and Adelaide Fringe hit, After the End by Dennis Kelly and Gaybies for the 2013 Midsumma Festival.

He has worked for Leicester Haymarket Theatre Company as Creative Producer/Associate Artist, producing the Australian, UK and New York tour of The Bogus Woman, and directing 2 new pieces of theatre; Contaminated Candy and Excavate.

As Director of Youth Theatre and Drama Development at The Point, Eastleigh, he directed Mark Ravenhill’s Citizenship which toured Southern England and was produced in the West End at the Jermyn Street Theatre as part of London Pride. He also directed Mark Wheeller’s Blackout, Richard Nelson’s Where I come From and a new piece of theatre, And Then I Opened the Window. For the Nuffield Theatre, Southampton, Daniel produced a series of moved queer play readings, including The Fat Boy, by Tony Ayers, which he also directed.

Daniel was a founding member of Zip Antics Theatre. In the UK he co-produced the national tour of Go Fish, adapted from the cult film of the same name. In Australia, for Zip Antics, he directed Jonathan Harvey’s Beautiful Thing, Tamsin Oglesby’s Two Lips Indifferent Red , Josh Tyler’s First Time Out , and Adelaide Fringe project Lucky Dip. For The Bakehouse Theatre he directed Chekhov’s, The Seagull and Dina Ross’s Waiting. Daniel has also worked as a Director with Splash Theatre Company and directed Antigone and Atlanta, by Joanna Murray Smith for the Centre For Performing Arts (AC Arts).

He has worked as Assistant Director with State Theatre Company of South Australia, MTC, Playbox Theatre and Brink Productions. He has worked at D Faces of youth Arts (Artistic Director), Urban Myth Theatre of Youth, Carclew Youth Arts and Jumbuck Youth Theatre. Daniel was awarded the prestigious Dame Ruby Litchfield Scholarship for Performing Arts in 2002, which enabled him to work as Assistant Director to Mike Bradwell on Catherine Johnson’s Little Baby Nothing at The Bush, London. He has also been awarded a Centenary Medal for services to the community through theatre and his production of First Time Out, won Best Community Show (Professional) in the Adelaide Light Year awards. He was the CEO/Creative Producer at Theatre Works, St Kilda.