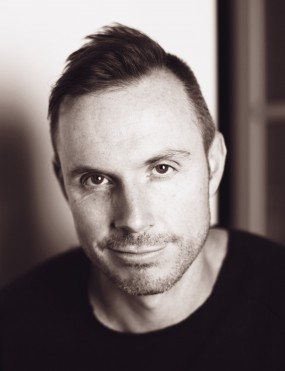 Dean is a multi-award winning theatre director and writer. His Melbourne Theatre Company credits include Torch the Place, Kiss of the Spider Woman, The Lady in the Van, Wild, An Ideal Husband, Vivid White, Born Yesterday, Skylight, I’ll Eat You Last and Next to Normal.

He created the verbatim theatre piece Gaybies, a hit of the Midsumma Festival and directed the Sydney premiere for Darlinghurst Theatre Company.

He is Worldwide Associate Director of Priscilla, Queen of the Desert – The Musical and is a graduate of the Western Australian Academy of Performing Arts.

"This is one of the most exciting musical theatre productions I’ve seen in a long time: a show given fresh life and raw, gritty currency by a superb creative team and cast." - Sweet Charity
Scene and Heard

"But under the green thumbs of director Dean Bryant ... responsible for a red hot Sweet Charity two years ago – Little Shop of Horrors looks more like a department store. Everywhere you look, there's something you want to take home."
Sydney Morning Herald

" ... they’ve done it again. … a production that consistently rocks, surprises and thrills. This is the Little Shop of Horrors for today: much like Audrey II, it’s overwhelmingly, dazzlingly and terrifyingly alive."
Daily Review

"It's a production that could happily grace the stage of any city in the world, and is likely to be the most enjoyable and entertaining night at the theatre you'll have this year." - I'll Eat You Last
The Age

“Bryant directs with a humanity-first approach, illuminating Law’s richly drawn characters and letting them shine" - Torch the Place
The Guardian

"Bryant’s Assassins as “a stunningly inventive production in which every single element comes together brilliantly” and it’s even slicker at its new venue, while still retaining the gritty edge that made it work at the Hayes."

"Director Dean Bryant handles the play’s precipitous sliding into surreality with a kind of gleeful candour." ★★★★