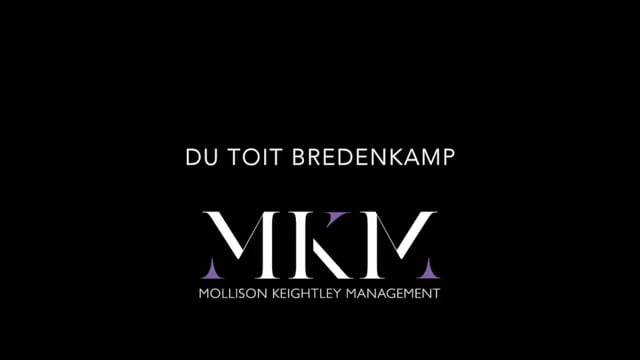 Du Toit holds two degrees from the Western Australian Academy of the Performing Arts (WAAPA):  BA Music Theatre and BMus in Classical Piano.  He was the  Musical Director for the WAAPA productions Elegies for Angels, Punks and Raging Queens, as well as a tribute show to Nick Enright, Enright in The Enright. Whilst at WAAPA Du Toit received the Hal Leonard Award for Special Contribution to the Music Theatre course.  Also a composer, Du Toit’s cabaret, The 7:02pm Project, won the Julie Michael Award for Best Musical Cabaret.

As an actor, Du Toit made his professional stage debut in 2015 in the Gordon Frost Organisation’s Australian touring production of The Sound of Music where he played ‘Rolf Gruber’.  More recently he toured Australia in Mamma Mia! (Ensemble/U/S Skye/Eddie).

Du Toit has only recently finished shooting the latest series of Preacher for Frontier Productions.  For the Australian Broadcasting Commission Du Toit played one of the lead roles, ‘Dick Diamonde’, in The Easybeats, based on the famous Australian band, he then went on to play Brandon in series three of Janet King.  For Australia’s Network Seven Du Toit played ‘Russell Morris’ in the award-winning television series, Molly, based on the life of Molly Meldrum.