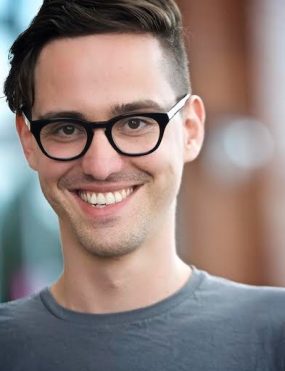 James is an Australian-American music director, conductor, orchestrator and record producer. With a particular eye to the development of new musicals, his work has been seen on stages in New York, around the United states, in London and across Australia.

As music supervisor or conductor, his work includes the original New York and London companies of The View UpStairs, Tim Finn’s Twelfth Night for Queensland Theatre, and the original New York companies of Clinton, which led to a long-standing collaboration with composer Paul Hodge in both the US and Australia. He has also led seasons for Joe’s Pub at the Public Theatre New York, the Lyric Theatre of Oklahoma, The Crown Uptown in Wichita, Kansas, as well as developmental work at the Goodspeed Opera House Connecticut, Berklee Repertory Theatre, Opera Queensland, QT and QPAC, among many others. He is currently developing Paul Hodge’s Round The Twist with director Simon Phillips.

As arranger and orchestrator, his work includes The View UpStairs (for which he also co-produced the original cast recording), Clinton, the 2015 US national tour of Guys and Dolls, Twelfth Night and Joh For PM!, as well as several years of contributing orchestrations to Queensland’s Carols In The City spectaculars. His concert and recording work includes arrangements and orchestrations for Caroline O’Connor, Alexis Fishman, Tyce Green, Naomi Price and Max Vernon, among many others. In recent years, he has been arranging and orchestrating for Midtown Man and original Jersey Boy Michael Longoria, including on the single Like They Do In The Movies, and his forthcoming motown-influenced solo album to be released in 2022 on Broadway Records.

James has played keyboards for first national tours in the US and Australia, major musical productions, and for television productions and studio albums on both continents, as well as for jazz singer (and father of Amy) Mitch Winehouse. He is a sought-after accompanist for cabaret, musical theatre and concert work. Find out more at www.jamesdobinson.com