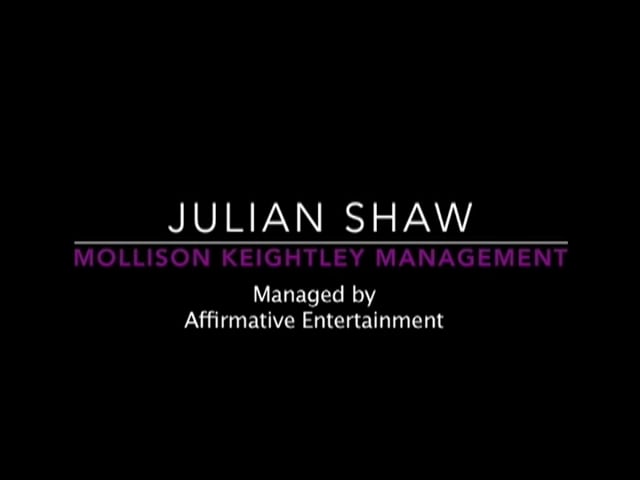 Julian Shaw’s filmmaking career began in his teens with the one-hour documentary Darling! The Pieter-Dirk Uys Story, which won the Inside Film Independent Spirit Award and Runner Up in the Panorama Audience Awards at the Berlin International Film Festival. A portrait of South African icon Pieter-Dirk Uys and his tireless efforts bringing HIV/AIDS awareness to school children, Darling! played at dozens of international festivals, picking up multiple audience and critic awards, and was theatrically released in South Africa.

Julian’s next doco Cup of Dreams explored the psyche of All Blacks fans, unraveling the emotional and social dynamics that drive their intense obsession. Told through the eyes of Julian, a New Zealand-born Australian, Cup of Dreams achieved mainstream appeal, playing on TV in all territories, including NBC Sports stateside.

Use Me, Julian’s first feature film, premiered at Brooklyn Film Festival 2019, where it won the prize for Best Editing. Subsequently Use Me won the Grand Jury Prize at Sydney Underground Film Festival and was an official selection at Portland Film Festival. It currently holds an 86% score on Rotten Tomatoes.

Credits as actor include the feature San Andreas, the TV series Portlandia and the viral marriage equality short It’s Time, which has over 16 million views on YouTube.