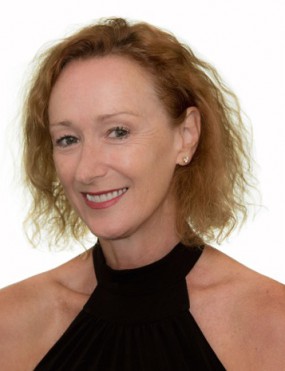 For over 25 years, Katie has been in demand in the entertainment industry, for her diverse and comprehensive skills as a Dance Director, Choreographer, Producer, Performer  and sometimes, Stand-up Comedian.

Katie studied extensively with the late great Ross Coleman and acquired a knowledge and understanding of how to stage movement and dance so as to marry it with other performance elements.  In her own words …. “I do not choreograph steps per se (all though I can, if needed); what I do is make the movement / dance initiate from the character. This means the actor works from a place of intent. It frees up their  personal space and they move with a more instinctive and true rhythm. Ross also taught me a lot about pattern and the interaction between dance, movement and story.” Her choreographic credits include Annie, Superman the Musical, The Smurfs Live On Stage (world tour), numerous NIDA productions, as well as the children’s TV series Lah Lah’s Adventures.

Katie’s partnership with her husband and director Wayne Scott Kermond has an innate aesthetic synchronicity. They have directed and choreographed traditional musicals including Mary Poppins, Evita, Sweet Charity, A Chorus Line, We Will Rock You, Wicked and Kinky Boots as well as having conceived, written, directed, choreographed and produced national tours of the original contemporary Australian musicals Jive Junkys, Candy Man, and the Cabaret Show Speigelesque.

Winners of multiple Australian entertainment awards, the Kermonds also received the coveted Pick Of The Fringe Award at the Edinburgh Fringe Festival.

“Polished, pacey and incredibly well executed. Kermond and his company of young dancers grind, writhe and leap with boundless energy. The percussive tap sequences are incredible and mesmerising.” Candy Man 2014
The Independent Weekly

Brilliantly choreographed by Katie Kermond the ensemble cast were absolutely engaged every moment they were on stage." Wicked 2017