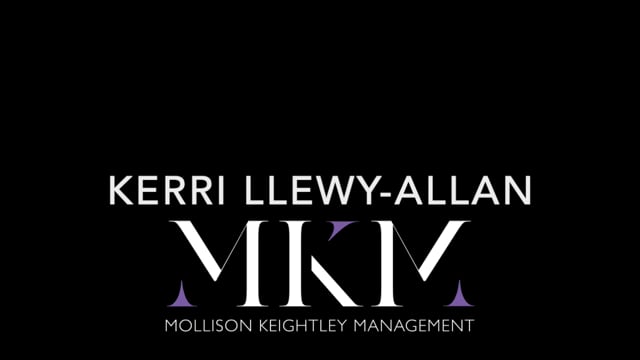 Kerri Llewy-Allan is a proud Wakka Wakka and Gubbi Gubbi man from Queensland. An emerging writer, director and actor, his love for the world of film and arts began as a young child growing up in rural Queensland. The video store culture was his favourite pastime, arriving weekly for the newest movie release. Although Kerri grew up in a family of health professionals, he’s always been drawn to the art of telling stories. His family always encouraged his passion, each of them storytellers in their own way. His aunts were artists teaching him to draw and paint Indigenous artwork that made him feel connected to his culture and interpret stories in his own way. His grandmother is also a great storyteller, writing poems and short stories. She would inspire Kerri’s imagination and showed him how spiritual and calming storytelling is. His family, culture, experiences and the world around him are what influences his style of writing.

In 2009, Kerri moved to Brisbane to begin studying and pursing his career in the arts. He would get his first taste of the theatre world and performance while studying and from then on, his passion only grew. He began focusing on the kind of stories he wanted to tell and what his own voice was, writing short stories, continuing to draw and paint. For the next three years he focused on his studies and getting confident on the stage, before basing himself in Sydney.  Over the last ten years of Kerri’s career, he’s used every opportunity to be in creative spaces, surrounded by creative voices and getting as much experience in the arts world. His credits include theatre, advertisements, TV, modelling, directors’ attachments, various developments and training and health campaigns. In 2020, Kerri played Lawrence in Jane Harrison’s new play “The Visitors” which is set to be adapted to film. Kerri stars as Nathan in writer/director Enoch Mailangi’s (All My Friends Are Racist) ‘Blackfellas Who Can’t Dance’ which is set to premiere this year.

After four years, Kerri has completed a Bachelor’s degree in Communication majoring in Media Arts and Production from the University of Technology. In 2020 he was part of  Screen NSW | Bunya Productions Indigenous Talent Incubator Program workshop. He made his directorial debut with his psychological horror short film “Marked” that he has written into a screenplay and has a slate of exciting new work.

“I have such an overwhelming love for stories and creating them that I’ve dedicated the last thirteen years being a student and growing as an artist in this industry. I’ve also spent that time building the foundation for my career and my own spiritual journey of self-discovery which has helped and shaped my me voice. I describe the kinds of stories I write as ‘magic realism’. I use styles and influences of traditional Indigenous storytelling and use my own experiences and voice as a young gay Indigenous man in contemporary Australia as a springboard. Indigenous mysticism influences a lot of my worlds when creating stories in different genres. My stories are always grounded in human drama and emotions but built out in these extreme and mystical worlds, sometimes characters. Writing for me is very spiritual and personal at the same time; sometimes a way for me to work through my own trauma. It’s cathartic and fun at the same time writing myself and my experiences in my characters. I always want to tell interesting and complex stories that have universal messages and relatable characters that everyone can identify with. Storytelling is how I express myself as an artist and person. It’s to heal, to educate, to laugh, and to connect.” – KLA