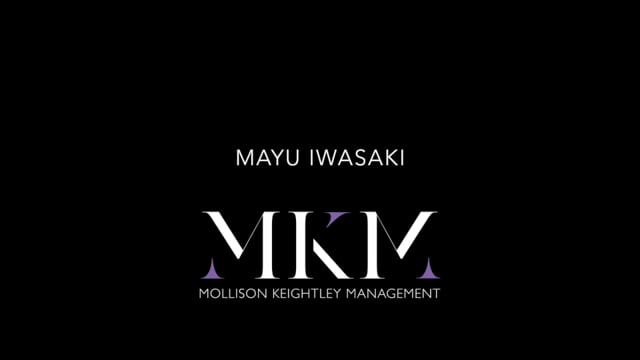 Mayu Iwasaki, a bilingual Japanese actress, puppeteer and theatre-maker who is currently based in Sydney. She moved to Sydney from Tokyo to study a BA of Film studies and Performing Arts at the University of New South Wales. She is a graduate of David Mamet’s Atlantic Theatre Conservatory, she trained and worked extensively with the SITI Company in New York where she discovered her passion for physical theatre and collaboration projects in various mediums.

She’s appeared in a number of theatrical productions on international stages including Tokyo, New York, Chicago and Sydney. She has also starred in several short and feature films. In 2016 she started working with Erth Visual & Physical theatre company as a host of Dinosaur Zoo Tour and a puppeteer. For the past 4 years with them she has further developed her skills as a puppeteer and a performer. Recently she made my Sydney Theatre Company debut in the award winning play White Pearl. She is also a co-founder of award winning eco-friendly glamping resort, Bubble-tent Australia. She has been working with various projects and companies that engage with a variety of local, regional and international communities where she had the chance to learn different cultural viewpoints and social dynamics.

She is currently an Artistic Associate of the Monkey Baa Theatre Company and is also developing a Children’s TV series, ‘Little Bozu’ – fusing traditional puppetry methods and Japanese mysticism with a contemporary ideology. www.littlebozu.com