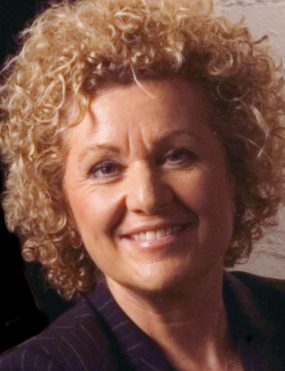 The recipient of the 2014 Screen Leader Award for Outstanding Leadership, Achievement and Service to the Screen Industry, Nadia Tass is one of Australia’s most respected and unique filmmakers & theatre directors.

Known for directing Australian classic films MALCOLM and THE BIG STEAL, Tass’s other feature works include RIKKY AND PETE, MR RELIABLE, AMY, and MATCHING JACK.  She also directs films and high-end television movies in the US for Universal Studios, Disney, Warner Bros, ABC and CBS.  Her first feature in the US was PURE LUCK starring Danny Glover and Martin Short.  And her most recent projects are FATAL HONEYMOON starring Harvey Keitel, and LEA TO THE RESCUE.

In 2011, MATCHING JACK, won BEST DIRECTOR, BEST FILM and BEST SCREENPLAY at the MILAN International Film Festival. It features Jacinda Barrett (Bloodline, School For Scoundrels), Richard Roxburgh (Hacksaw Ridge), James Nesbitt (The Hobbit, The Missing) and Kodi Smit-McPhee (X-Men: Apocalypse).  The film was nominated for an Australian Film Institute Award, and won BEST FILM PRIX DU JURY 2011, CANNES Cinephile.  MATCHING JACK is a gripping drama that explores a complex set of relationships amidst the intensity of a child’s deadly illness and spousal infidelity, described as “A must-see movie. Powerful and uplifting” by The Today Show, “…the film’s heartbeat is a definite 5 out of 5” by Cinephilia, and a four-star review on ABC TV’s At The Movies.

After pursuing an academic career in Arts and Education, Tass began acting and directing classical and contemporary theatre in Melbourne.  Her experience as a director of theatre is extensive and diverse, ranging from improvised theatre, classic plays, contemporary pieces and musical theatre.  Early works include productions of “The Merchant of Venice”, “Macbeth”, numerous plays by Euripides including “Medea”, plays by Aristophanes including “Lysistrata” and “The Birds”, “Three Sisters” by Chekhov and “Blood Wedding” by Federico Garcia Lorca.

In 2016 Nadia directed “E-Baby” for Ensemble Theatre in Sydney, “Disgraced” for Melbourne Theatre Company, “Extinction” for Red Stitch/GPAC, “The Book Club” for AKA (commercial theatre producers) in Melbourne and London, and “Uncle Vanya” for Red Stitch.  2017 saw her re-stage her acclaimed 2014 production of Annie Baker’s “The Flick” for Queensland Theatre.  Amongst other recent work, Tass has directed “Out of the Water”, “The Aliens” and “The Gronholm Method” for Red Stitch, “The Other Place” for MTC, “Promises, Promises” for The Production Company, and “Three Women In An Ice Cream Cone” in London.  Her 2002 production of “The Lion, The Witch and The Wardrobe” toured Australia and garnered her a Helpmann Award nomination for Best Director of a Musical.

In 2018 Nadia directed David Williamson’s play “Sorting Out Rachel” for Ensemble Theatre in Sydney, Australia, followed by Marisa Smith’s “Sex and Other Disturbances” for Portland Stage in Maine, USA.  Nadia recently directed Fern Hill by Michael Tucker with a cast including: Jill Eikenberry, John Glover, Dee Hoty, Jodi Long, and Tom McGowan; followed by Ear To The Edge Of Time by Alana Valentine in Sydney.  Most recently she directed critically acclaimed  Masterpieces of the Oral and Intangible Heritage of Humanity by Heather McDonald for Signature Theatre, Va opening and Fern Hill will transfer to New York City. In 2020 she will be directing Wicked Sisters for Griffin Theatre Company.

AMONGST HER RECENT THEATRE WORK:

RETROSPECTIVE: The AMERICAN CINEMATHEQUE in Los Angeles honored Ms. Tass with a Retrospective of her work in 2012, which is traveling through different venues across America. She is considered to be one of Australia’s most respected and unique filmmakers with her films being responsible for twenty-three Australian Film Institute Award wins and 68 International awards. She has had retrospectives of her body of work in Moscow, Cape Town & Johannesburg, Hawaii and New Delhi.  In addition, Ms. Tass has sat on film festival juries for the Hawaii Film Festival, St. Tropez (as the head of the jury,) Asian Festival Of First Films, and most recently, the Pune International Film Festival (as the chair of the jury.)

A consummate professional, Ms. Tass has given back to the industry by presenting MASTERCLASSES around the world from NEW YORK to LONDON to SINGAPORE to nearby NEW ZEALAND (Auckland & Wellington) and, of course, in Australia’s major film cities of Sydney and Melbourne on many occasions.  She regularly lectures at the Victorian College of the Arts and Deakin University (where she is an Adjunct Professor), and has guest lectured at Beijing Normal University, Yunnan University, Wuhan, Chongqing University and Beijing Film Academy in China.

Nadia currently has 2 China/Australia film co-productions in the works: the feature films “Melbourne, Melbourne” and “Tying The Knot”.  In 2019, Nadia is scheduled to direct a feature to be shot in Australia and the US.

NADIA HAS BEEN ON THE FOLLOWING FILM FESTIVAL JURIES

'Tass has given the audience the space to relax into an enjoyment of the work... she has carefully balanced the gravity of Williamson’s text'
Sydney Arts Guide - Sorting Out Rachel @ Ensemble Theatre

'Nadia Tass directs the play’s premiere for the Ensemble Theatre, with strong performances all round. '

“AMY has many tones: Tragedy, comedy, romance, melodrama, and Tass moves between them with perfect confidence, creating an enchanting, almost fantastical, story that has its feet firmly planted in reality.”
Chicago Sun Times - Amy | Feature Film

“Director Nadia Tass is somehow able to up the artistic ante while remaining true to the guts of the story as reworked by Monte Merrick”.
The Hollywood Report - The Miracle Worker

“Tass is a meticulous filmmaker, leaving nothing to chance, and her impeccable casting here reflects her attention to detail.”
The Courier Mail - The Big Steal

“Director Tass allows her performers time to develop their characters which makes for a gentle-paced opening, but once established, the film moves along at a good pace. THE BIG STEAL will delight all who see it.”

The Sun Melbourne - The Big Steal

“Nadia Tass has a sure instinct for timing and for ending a sequence at exactly the right moment (this last is a rare gift indeed).”
The Daily Telegraph Sydney - Malcolm

“MALCOLM is 90 minutes of sheer joy…great entertainment.”
“It is a very funny film. …unforgettable lines which Tass has ensured are delivered with perfect timing.”
“…a handsomely directed, lensed and acted, original comedy…”
Variety - Malcolm

Director Nadia Tass guides her trio of actresses through McDonald’s tightly written opus while keeping the material accessible at all times for the audience. Under Tass’ direction even a first-time theatre attendee to this kind of show will be taken
Broadway World - “MASTERPIECES OF THE ORAL AND INTANGIBLE HERITAGE OF HUMANITY” Signature Theatre Played Washington DC, USA

**** ½
An enthralling world premiere – Ear to the Edge Of Time is superbly written, magnificently directed and performed.

Arts Hub, Ear to the Edge of Time

…the empathetic pull on the audience is superbly evoked by director Nadia Tass.
There’s a freedom in Tass’ physical and rhythmic direction which allows an audience to expand and contract their interactions with the subject.
Sydney Arts Guide, Ear to the Edge of Time

Here Valentine’s writing is as rigorous as it is poetically powerful.
Nadia Tass’ direction is slick and inventive
Stage Whispers, Ear to the Edge of Time

Director Nadia Tass draws out the humour while keeping the bigger issues in focus.