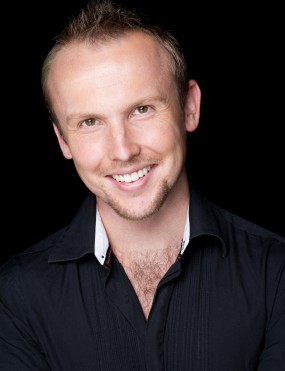 Peter is a musical director, composer, academic and voice teacher.  He composed original music for The Hatpin, LoveBites and A Little Touch Of Chaos with James Millar and The 100 Year Revue with Jayde Kirchert. His shows have been produced across Australia, New York, London and many other cities in the world to critical and award-winning acclaim. Musical Director credits include: School Of Rock (Vocal Coach/AMD) Matilda The Musical, Beyond Desire, A Little Touch Of Chaos, On The 20th Century, A Little Night Music, My Fair Lady, Little Women, The Hatpin, LoveBites, Sing On Through Tomorrow, Annie (AMD), Cats (AMD), Jekyll & Hyde (AMD), The Music of Andrew Lloyd Webber (AMD), amongst others. He has lectured at several tertiary institutions in London and Australia as a voice teacher, musicologist, and musical director. Peter was twice the grateful recipient of the Jeanne Pratt Artist in Residence at Monash University for which he penned two full scores. He is also currently the Voice Consultant on Hamilton The Musical and the Australian Musical Director/Supervisor for Jagged Little Pill.

Peter lectures in voice at The University of Melbourne.

'The music is the life-blood of the musical. Not for one moment did the score of The Hatpin stray from the promise it made in the brief overture as it drove the events implacably on through its beautiful melodies to its exultant finale.'
- Australian Stage

"This new Australian music theatre is, without a doubt, wonderful. With a story that is at once gentle but filled with scope and the perfect alchemy of exceptional writing, music, performance and design...

"...A Little Touch of Chaos is an ambitious feat that hits the target at every turn."
- Arts Hub

"...Rutherford’s captivating score for all the ingenious touches of subtlety and grandiosity it is worth. "
- Arts Hub

"The nine piece band, lead by Peter Rutherford […] does a rocking fine job with the arrangement and orchestration from Tom Kitt."
- Jagged Little Pill, Theatre People

"Fans of the music will be well satisfied with the cast and band under the baton of Peter Rutherford, which powered a second act that was engaging and moving."
- Jagged Little Pill, Stage Whispers

"Australian musical director Peter Rutherford leads eight fellow musicians in a rich, dynamic performance that is sure to please the legions of fans of Morissette’s music. "
- Jagged Little Pill, Man in Chair