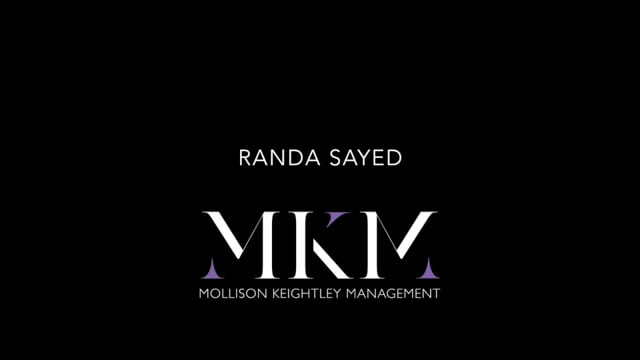 Randa is a storyteller, driven by the dialogue existing between her work and her audience. Her first play, The Girl, was shortlisted for the prestigious Philip Parson’s Award in 2015 and was also nominated for the West Australian Editor Award 2016. Its partner piece, The Woman, was part of Belvoir’s Artist Program/Breakout Artist Residency. Randa has also scripted a number of short films: The Parisian (Flickerfest, Eyecatcher, Great Lakes, Cebu and Raintree International Film Festivals), The Dead Boy (Sigur Ros Mystery Film Competition), Loaded (shortlisted for ATYP’s Love Bytes competition and screened at Colourfest Film Festival, Sydney). In addition, she has two published works: Private Research (The Voices Project 2013: Out of Place, Currency Press) and On Western Sydney (Westside New Series). National Theatre of Parramatta’s audiences saw the inaugural presentation of Aanisa’s first two plays The Girl/The Woman performed in tandem. Her most recent writing credits Sauvage (Wild) was presented at Griffin Theatre Company for Batch,  Halal Gurls  for In Between Pictures, ABC/Create NSW and new screen works for Bunya Productions and Matchbox. She has been awarded funding from The Ian Potter Cultural Trust for further research at the Battersea Arts Centre, London and Ecole Phillipe Gaulier.

“Vylet’s work is lovingly crafted, and her playwriting voice is distinct and refreshingly bold. Take your mother.”

"As both writer and actor Vylet​ is engaging and entertaining, with a sharp eye for absurdity and a deft one for satire."

“A collision of body and mind, desire and tradition. It is truly shocking in its fierceness and appetite.”

“This is a different, highly engaging and entertaining night of theatre – with even a touch of audience participation. The story is told with satire, gentleness, love, touches of the absurd and a heartfelt belief in moving forward into a new life.”