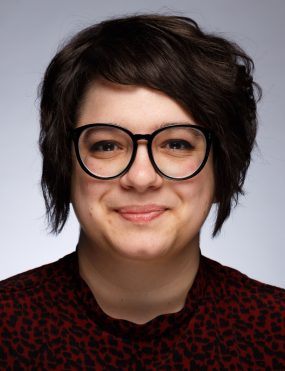 SANJA SIMIĆ is an award-winning theatre director, dramaturg, and creative producer, currently based in Meanjin, on the unceded lands of the Turrbal and Jagera people. She has over a decade of experience as a theatre director and creative producer in Australia. Recent directorial credits include Naked & Screaming (La Boite, 2021), CAESAR (La Boite, 2021) and Lysa & The Freeborn Dames (La Boite, 2018). With independent company Bodysnatchers, which she co-founded with playwrights Mark Rogers in 2010, she has directed Rogers’ Plastic (2017), Soothsayers (2012), and Blood Pressure (Sydney, 2012), as well as multiple seasons of Kirby Medway’s Encounter (in Sydney, Adelaide, and Melbourne) for the company.

As La Boite’s Creative Producer (2017-21), she led the programming team in delivering the company’s suite of Artist Development Programs. She also programmed and delivered the company’s annual HWY festival of new work for five consecutive years. She was Director in Residence at La Boite Theatre Company from 2021-22, and Creative Producer from 2017-2021. She has also held positions at the Australia Council for the Arts (International Projects) and Australia’s leading organisation for interdisciplinary arts, Performance Space. She is currently the Development Producer at Unless Pictures in Meanjin.

"It's confronting, but satisfying"
- Courier Mail on Naked & Screaming, 2021

"...A clever and entertaining clap-back that is fresh and funny"
- Blue Curtains on CAESAR, 2021

"As a script, the text is edgy and persuasive; and as a production, led by director Sanja Simic, it’s poignant and moving"
- Absolaute Theatre on Lysa & The Freeborn Dames, 2018

"Sanja Simić’s direction is clear and uncluttered. This is a play with big and small themes beautifully intertwined. And it’s Funny AF."
- The Conversation on Lysa & The Freeborn Dames, 2018