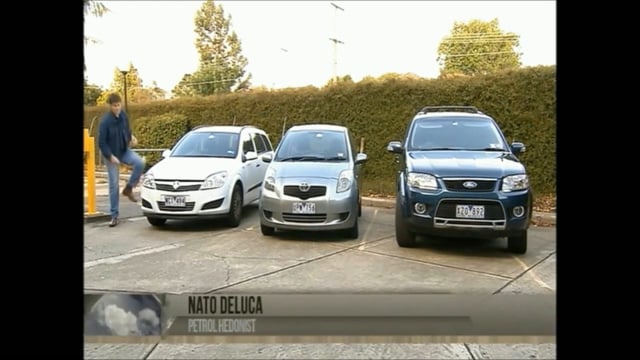 Stephen Hall is a familiar face for  both stage and screen, with credits including Shaun Micallef’s  MAD AS HELL (ABC) and the world premiere of the stage adaptation for Fawlty Towers, for which he was selected by John Cleese to play the role of Basil. Stephen is an experienced and sought-after TV comedy writer, with credits on Newstopia (SBS), Full Frontal (Seven), BackBerner (ABC-TV), Russell Gilbert Was Here (Nine), and Comedy Inc (Nine). He was one of the head writers on the AFI award-nominated Big Bite (Seven). He is the Head Writer for The Logie Awards (Nine).

Stephen has also written extensively for light entertainment television, on programs such as Spicks and Specks (ABC-TV), Australia’s Got Talent (Seven), The ARIA Awards (Ten), The AFI Awards (Ovation), The Einstein Factor (ABC-TV), Talkin’ ‘Bout Your Generation (Ten), In Melbourne Tonight (Nine), and The Biggest Loser Finale (Ten).  He also served as writer, and then producer, on Deal Or No Deal (Seven) and most recently, The Roast of Paul Hogan.

Quizzing and trivia is a specialty of Stephen’s (he is one of the biggest game show winners in Australian TV history, with his winning “the lot” on the Nine Network’s top-rating Temptation in 2005. Since then, he has also won the title of “Australia’s Brainiest Quiz Master” on the program entitled (unsurprisingly) Australia’s Brainiest Quiz Master (Ten). He has written and verified questions for TV shows such as The Rich List (Seven), Spicks and Specks (ABC-TV), and Talkin’ ‘Bout Your Generation (Ten).  This cemented his position as a regular member of “The Brains Trust” on ABC-TV’s The Einstein Factor, and has also seen Stephen in demand as an engaging and entertaining host of corporate trivia nights.

In addition to all of this, Stephen has written for radio, written librettos for musical theatre, and has co-written and performed in several Melbourne International Comedy Festival shows, including ‘I Said I Said’, which won the coveted Moosehead Award for Innovative Comedy.

Hall's career in television includes acting, writing and production duties. He has appeared in the long-running television series Neighbours, and in 2008 he performed the role of Warren in the Australian Broadcasting Corporation (ABC) television come

In September 2015, Hall released his first eBook 'How To Win Game Shows', which is a 200+ page compilation of winning tips, hints, techniques and interviews with game show champions. hosts, producers and question writers.

In 2016, Stephen was chosen by John Cleese to play 'Basil' in the World Premiere stage version of 'Fawlty Towers'.