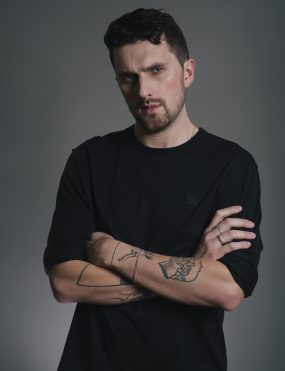 Thomas is an award-winning director and screenwriter. He wrote the highly anticipated Heartbreak High reboot for Netflix ANZ and Fremantle, which was #1 in Australia and top 10 in 45 other countries within a week of its release. He is currently writing a one hour drama for Paramount+, his second feature film Wildflowers with script editor Anna Seifert-Speck (Ammonite, Supernova, God’s Own Country), and developing a slate of television projects.

His debut feature film The Greenhouse premiered at BFI: Flare London LGBTIQ+ Film Festival and Frameline. It won Best Direction in a Feature Film (budget under $1M) at the 2021 Australian Directors Guild awards, multiple Best Film awards, and the Audience Choice Award at 2021 Mardi Gras Film Festival. The Greenhouse was then acquired by Netflix ANZ.

Thomas is the creator, writer and, executive producer of his autobiographical TV series Sick To Death with the support of Screen Australia and Screen NSW and in collaboration with Rhapsody Films. He is also co-writing The Rock Eisteddfod Film with Yve Blake (Fangirls) for Aquarius Films (Lion, Dirt Music) directed by Alethea Jones.

He is a graduate of the VCA and AFTRS, where he completed his Masters of Screen Arts in 2017, specialising in queer theory and the future of queer stories on screen, something he is wildly passionate about. His short film Back to Earth played at festivals around the world and is currently on ABC iView. St. Augustine, a short proof of concept, premiered in competition at MIFF 2019 and can be viewed online at Film Shortage.

"There’s a touch of “Australian gothic” about the setting of The Greenhouse—a country property surrounded by trees with a mysterious mist...

“A startlingly original film that grounds its fantasy elements firmly in reality, it’s bolstered by a strong ensemble cast. Thomas Wilson-White has crafted an engaging story of love and family, and the lengths we go to for both.”
- Emma Smart, BFI Flare

"...The Greenhouse feels revelatory in its acute understanding of the human experience."
- FilmCred