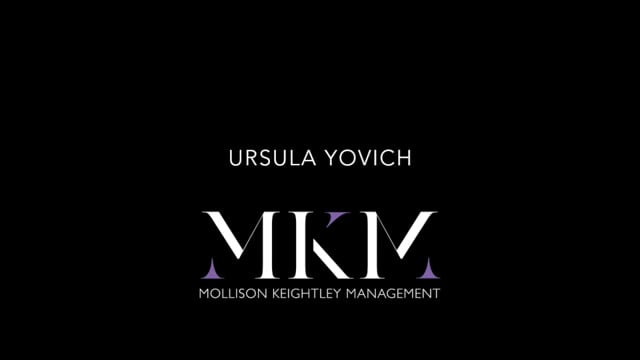 Ursula is the writer/performer of works including Magpie Blues, The Man with the Iron Neck and Barbara and the Camp Dogs.  Barbara and the Camp Dogs (co-written with Alana Valentine) premiered at Sydney’s Belvoir Street Theatre in 2017 with Ursula in the starring role.  It was nominated for an AWGIE award and won Helpmann awards for Best Musical, Best Original Score and  Best Actress in a Musical. Ursula was the recipient of the Balnaves Foundation Indigenous Playwright’s Award and directed a development of The Fever and the Fret and was the Assistant Director of Outdated for the Ensemble Theatre.

Ursula is the voice of ‘Levi’ in the NITV/SBS children’s animated TV series, Little J & Big Cuz, on which she is also a writer.  In addition, she is a multi-award-winning actor.  Her stage and film credits include Wayne Blair’s Top End Wedding, Baz Luhrmann’s Australia, Ivan Sen’s Goldstone and Ray Lawrence’s Jindabyne. Her television credits include – Doctor Doctor, Wakefield, The Gamers, Mystery Road, Wanted, The Code, Devil’s Dust, Redfern Now, The Gods of Wheat Street. She is currently co-writing a feature film, stage play and is involved in the creative development of numerous new works across stage and screen.

"Barbara and the Camp Dogs is a show that takes the ground from under you, even as it entertains the hell out of you..."
The Sydney Morning Herald

"...an experience the audience needs to have, [...] to even begin to grasp the suffering and struggle that goes into forging such a brilliant sound." - Barbara and The Camp Dogs
The Sydney Morning Herald

"The music is incredible. From awe-inspiring soul contests to slick pop offerings with country and folk influences, ballads laced with unsung agonies and rousing punk-rock anthems, this is a show with enough bangers for two musicals..."
The Sydney Morning Herald

"In a monologue that rips open the chasm of pain in Barbara's life, Yovich reaches deep within to reveal the searing agony of unjust suffering. It is the most powerful moment in the show, plumbing gut-wrenching truths and compelling empathy."
Canberra Times