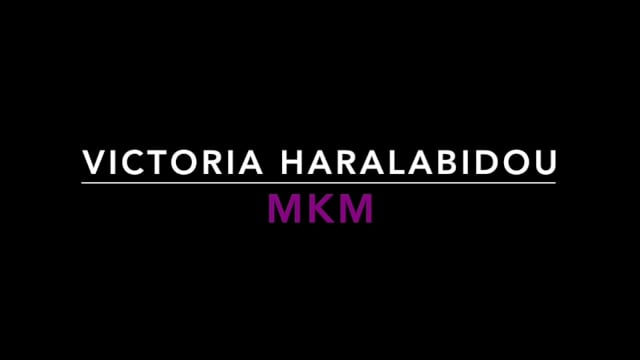 Victoria’s debut film role was the lead in the Martin Scorsese feature ‘Brides’ alongside Golden Globe winner Damian Lewis. Her performance in ‘Brides’ won her a Best Actress Award at the Thessaloniki International Film Festival.

Most recent work includes HBO ‘The Leftovers’ by Damon Lindelof and Tom Perrotta, ABC ‘Barracuda’ by Christos Tsiolkas and directed by Robert Connolly for which Victoria was Nominated for a Loggie’s award, as well as the award winning TV series ‘The Code’ and ‘Hearts and Bones’  Ben Lawrence’s debut feature.

Television work includes series ‘My Place’ for ABC1, ‘East West 101’ for SBS, ‘Deep Water’, ‘Hyde and Seek’ and many others.

Born in St. Petersburg Russia, Victoria has studied Economics, Cinematography, Theatre and Translation in Russia and Greece. From 2005 Victoria lives in Sydney.

Victoria’s first play ‘One Scientific Mystery‘ was developed part of the PWA Salon Workshop for culturally diverse writers, was one of five scripts selected for the 2012 National Play Festival.

In 2012 Victoria starts her own production company VHS Productions, dedicated in producing and supporting new Australian work by culturally diverse female artists and stages her play ‘One Scientific Mystery’ director Iain Sinclair alongside Aaron Jeffery and Dallas Bigelow at the Tap Gallery theatre.

‘GRLZ’ short-listed AWG ‘What happened next?’ Competition in 2015.

‘GRLZ’ selected for the Spark Residency ‘Legs on the Wall’ 2019.

" ...But, since in both philosophy and experience, the journey is, arguably, the most edifying part, Victoria Haralabidou’s debut play is, at once, mystifying and fascinating.'
- Australian Stage

"Victoria Haralabidou's first play is full of mystery and is an interesting attempt at exploring fleeting relationships between human beings and our need to connect and be connected....

"Victoria Haralabidou's Doosia is a subtle etching of a woman with street-smart savvy, a power punch of intelligence and humour and a waif-like fragility."
- Stage Whispers

"This is a very sophisticated piece of writing, supported by wonderful acting, directed with a theatrical sureness, and, even within the modesty of the production values, and the space itself, a production I recommend highly....

"Ms Haralabidou (also, the writer) is hauntingly hypnotic in her physical and vocal creation. Speaking in English and Russian there is a fearless striving for ultra reality. It is a very striking performance, wholly possessing every detail. ...

"This text is fabulously naturalistic in its minutia, and dares to seemingly ramble on and on about nothing [...], in varying cyclic rhythms and volume controls....

"...It is, of course, the language patterns over this ninety minute one act play that reveal the mesmerising writer's intent and cleverness."
- Kevin Jackson